Most of our beliefs are made up 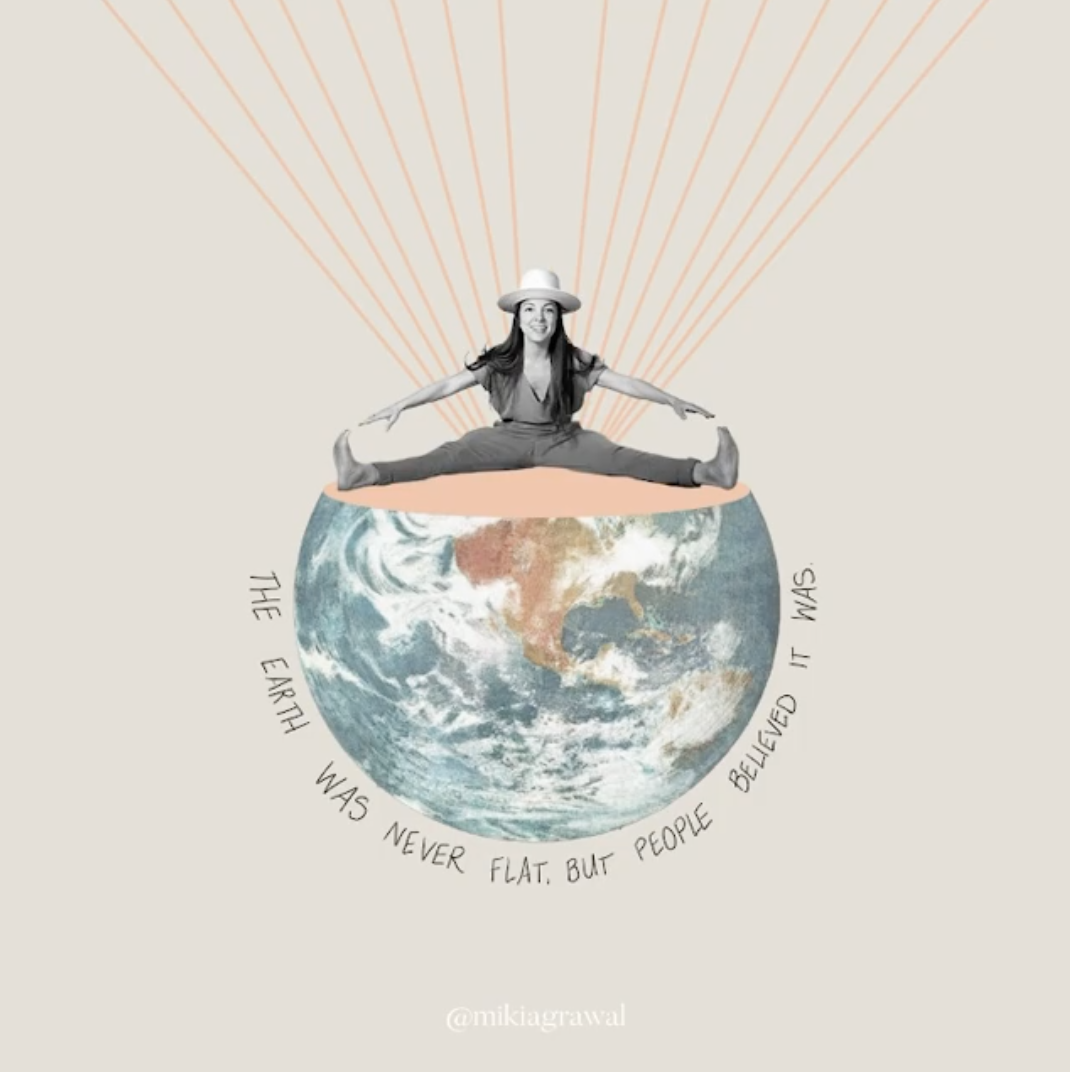 I learned that all of the beliefs that we have, including the negative ones about ourselves or others or the world, are 99.9% made up in our heads entirely. Something happens, we make meaning out of it (mostly the wrong meaning) and we attach it to a core belief (mostly a made-up belief that we made up a long time ago). But we often forget this KEY thing: our beliefs are exactly that, beliefs, not facts. When we especially defend our negative beliefs, I urge you to remember that most people believed the earth was flat…for a long ass time! And it’s just not true. It’s a belief and yes it can feel SO real, and this is why it can be so dangerous to ourselves and others in the world. By QUESTIONING our beliefs over and over again and asking these questions over and over again “What just happened? What did I make it mean? Are there other valid interpretations? Would everyone in the whole world see it this way?” And then stop and actually look deeper within or connect with the other for a better understanding, only positivity can come from that.