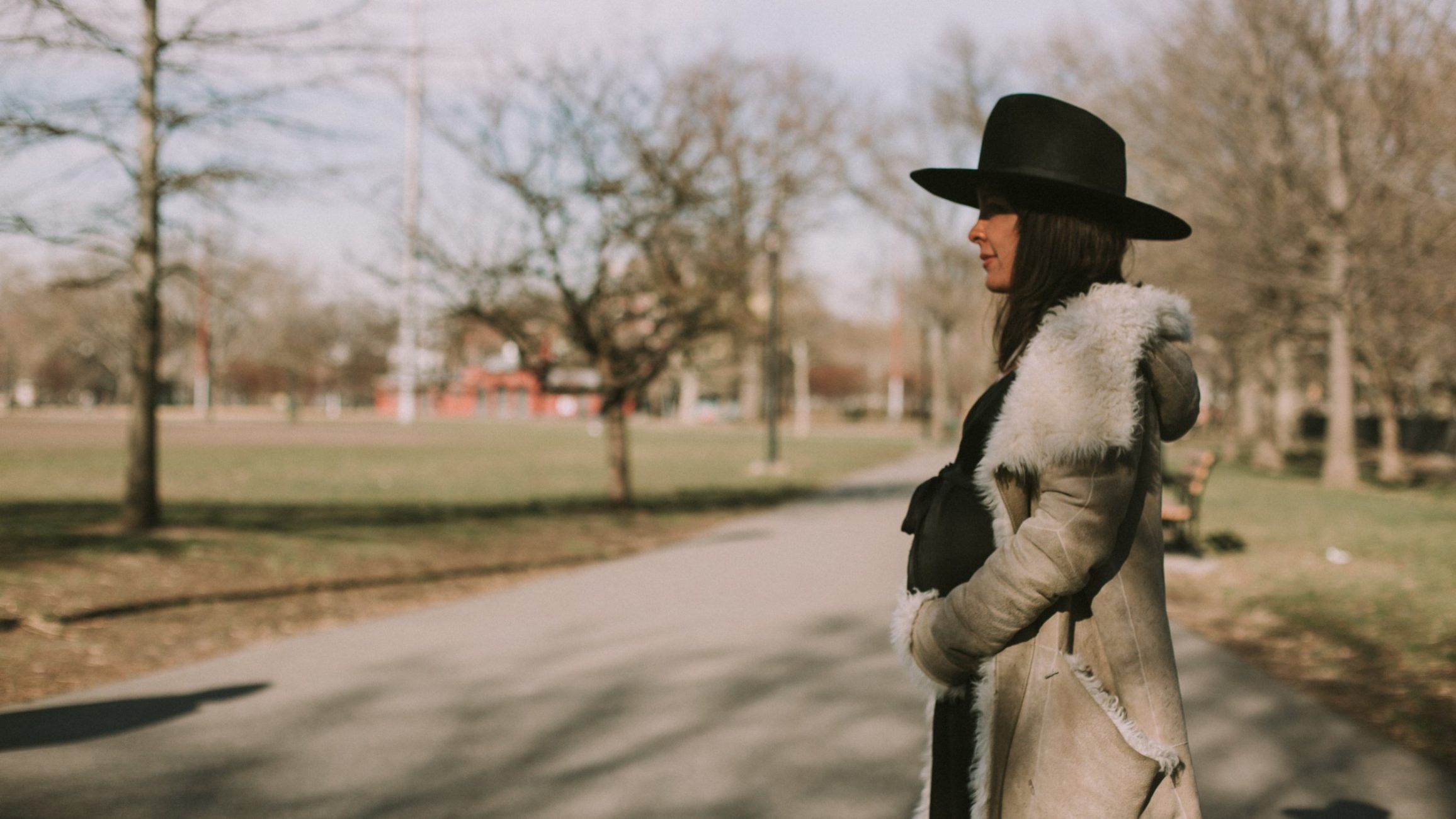 THINX was a passion project of mine from Day 1 and was born out of a real need. I couldn’t believe how many times I had period accidents in the middle of soccer games or while stuck in traffic or in meetings and had to interrupt my days and run home & change and manage the mess. In researching it, I couldn’t believe that there was no period solution out there that really worked for women’s needs and that there had only been 3 major period innovations in the entire 20th century. It was even more insane when I found out that hundreds of millions of girls in the developing world were missing a week of school because of their periods and millions of those girls were dropping out of school because they simply didn’t have access to safe, menstrual products. And then the most insane thing I learned was that periods were so taboo globally that it was hard to discuss it openly, which is what was causing the lack of innovation in the first place. The thing that creates human life (a woman’s period) is the thing that makes women most ashamed!? No way.

So, my razor focused goal when we first launched THINX was to a) create a best-in-class, innovative period-proof underwear business b) support girls in the developing world who don’t have access to menstrual products c) break the period taboo once and for all.

When I started, like any entrepreneur, I was fighting for the life of the company, the clock was against us and I needed to make sure that we didn’t close our doors after 1 year like 60%+ of businesses do. I wanted to make sure my employees got a continuous paycheck and our shareholders saw growth. I was deeply focused on top and bottom line growth and on our mission to break the taboo. And under my leadership, we did it. We got out of the red, we never missed payroll, and we made a name for ourselves in a really tough, taboo category. THINX was on the map.

Then, things grew and they grew fast. Hockey stick growth fast. Beyond my wildest dreams fast. Like any Co-Founder/CEO, all I did was the best I could under these crazy circumstances. Yes, I have made a TON of mistakes along the way but I can proudly say that our company has grown from an idea in my head to an innovation that is worn by millions of satisfied women globally in a few short years. And we have been at the forefront of the period feminism movement which truly is eliminating shame in the period space.

One problem area throughout our startup’s story and no different to many in our position: human resources. I didn’t take time to think through it. We grew so quickly and I didn’t hire an HR person (it was hard to rationalize hiring an HR person at the time with only 15 employees and then all of a sudden we were 30 people). I didn’t call references because I needed butts in seats fast. I didn’t put HR practices in place because I was on the road speaking, doing press, brand partnerships, editing all of the creative and shouting from the rooftops about THINX so we can keep going.

All of a sudden, health insurance, vacation days, benefits and maternity leave were brought up (at the time we didn’t have any pregnant women on the team unlike now where we have 3, including me! :-)) and when you’re a start-up and you’re growing and moving so fast (remember, we’ve only really hit this crazy growth period 18 months ago), to sit down and get an HR person and think about those things were left to the bottom of the pile of things to get done. We managed to put basic policies in place, raised health insurance benefits to $300 per employee per month from $150/month immediately after our employees asked for it and shared concerns about affording birth control, (which btw for a start-up was HUGE progress and I was SO proud to offer health insurance as early as we did). We took the team to Shakespeare on Hudson for a magical team retreat weekend and we had a moment of bonding hard, which I’ll never forget.

I was equally proud that we gave a big chunk of our profits in 2015 and 2016 to our employees. Almost all of our team got close to 3 months salary for bonus for hitting sales targets. So if we didn’t offer “market based pay” upfront (#startuplife), they got paid a big bonus on the back end which more than made up for it and gave them an incentive to hustle hard with me. And everyone hustled and got paid. I remember literally crying tears of joy on the days I was able to give out the bonuses because I never thought we’d ever get there. But we did.

Regardless, the HR issues kept happening and even if I fully stand by the tough personnel decisions I had to make to get us back on track, I didn’t put enough senior operational management with experience in place internally to run the office and run the day to day of the business while I was handling the external growth and wasn’t in the office.

“You should have gotten 100% of everything right the whole time Miki. How dare you.” It’s SO easy to find fault and complain about what people didn’t get and the things I lacked and I certainly admit wholeheartedly that I don’t have it all. No question. And yes, you can make a bulleted list of every misstep I’ve ever made (go for it), but what I am calling all of this is an opportunity to learn and grow. Also, it’s a certainty that all founders will have disgruntled people who feel thwarted by them throughout their entrepreneurial adventures. Tough calls have to be made like terminating people, and sometimes those terminated people can retaliate in ugly ways and I learned that we have to be prepared for it.

After 12 years of thinking about and working on THINX (my twin sis and I came up with the idea in 2005 and we created it with our third co-founder Antonia), I officially transitioned out as CEO. Part of it could be that I was ready to move onto my next adventure and spend QT with my newborn baby. Part of it was I gave up control too early. My favorite saying is “iteration is perfection” and this is simply part of the iterative process of growing a business and learning from mistakes made early on. My head is high.

Thanks for hearing me out and being a part of this journey, as messy as it.

UPDATES: Since a few people have asked about all of the stories that have come out about me:

Re: Stories about not having a maternity leave policy: The reason we did not a have a maternity leave policy in place is because we didn’t have any pregnant people. Like any start-up when faced with something new, we do our best to solve it as it arises. As soon as someone announced that they were pregnant, we started figuring out a system where the new mamas can either work from home for part of the time and we even started planning on getting an in-house nanny for the office. These were all things we started talking about recently because it only came up recently and we too are learning as we go.

Re: Stories around workplace discrimination and fat shaming: I tried to change Friday ice cream days to fresh organic fruit and berries and even tried to bring a nutritionist on to support the team. The goal was to create a more healthy environment but some members of the team saw that as fat shaming so I ended up not changing it.

Re: Stories around Facetime-ing from the toilet: I did Facetime from the toilet a few times but never showed anything more than my face. I did not think it was inappropriate at the time, especially since we had such an open and friendly culture, but I certainly learned that it could be seen that way.

Re: Stories around sexual harassment: When an employee announced to the team that she got her nipples pierced, I was there when she announced it. As I had never seen nipple piercings before, I asked to see them and she showed them to me. I can see how that can come off as inappropriate now but at the time, I was pregnant and happily engaged to my now-husband of 8 years and as we had an open, women-empowering and informal culture, I thought it was ok. I learned my lesson.

If you have any questions or clarifications about any of the policies or anything that came up in the stories that you read, please fill out the contact form here at mikiagrawal.com and I’ll do my best to answer them.

Ps. Probs a good time to share my favorite quote:

“It is not the critic who counts; not the (wo)man who points out how the strong (wo)man stumbles, or where the doer of deeds could have done them better. The credit belongs to the (wo)man who is actually in the arena, whose face is marred by dust and sweat and (period) blood; who strives valiantly; who errs, who comes short again and again, because there is no effort without error and shortcoming; but who does actually strive to do the deeds; who knows great enthusiasms, the great devotions; who spends herself in a worthy cause; who at the best knows in the end the triumph of high achievement, and who at the worst, if (s)he fails, at least fails while daring greatly, so that her place shall never be with those cold and timid souls who neither know victory nor defeat.” — Teddy Roosevelt