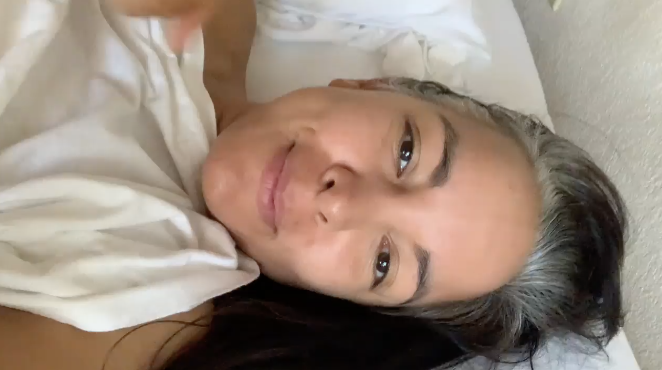 I’m reading a book on forgiveness right now by @jack_kornfield and he shared a story of a 14 year old street boy who murdered an innocent boy to get initiated into a gang. This gang boy was caught and sentenced to 3 years in juvenile prison. The mother of the slain boy turned to him in the courtroom after the guilty verdict and said “I’m going to kill you.” and walked out.
The following week, the mother went to the prison to visit the boy who killed her son. She brought him books and gifts and toys. She was the only one who ever went and visited him. She showed up almost every week for 3 years to be with the boy. Right before he got out, she asked him if he knew what he was going to do and when he said no, she found him a job and offered to put him up at her house. She eventually adopted him. She said to the boy “remember I told you I was going to kill you in the courtroom?” He said “yes” and she said “I did – that confused boy is dead and gone and you are now here, sweet and good.”

I think forgiveness is pure bravery.
Forgiveness can take time but it offers healing that nothing else can offer. It offers a renewed open heart. I have worked hard on forgiving those who have wronged me and I am working hard to forgive myself for the naive human missteps I have taken as well. I am proud of doing this hard work. I also feel lighter on my feet.

Can we learn to forgive those who we feel wronged by? Can we find new healing in self-forgiveness? Can we forgive and come together and heal for the next generation? It’s time we stopped listening to the divisive news, writing hate speech on other people’s feeds that serve no purpose but to polarize us and feed the outrage machine even more. Can we champion others who are lit up, even when we feel dim? I know that it makes me so much happier to champion others than it does to criticize them. Coming into the holiday season, I am choosing to forgive and look at the magical things that are happening all around us every day and choosing to champion others instead of take them down. Who’s with me?