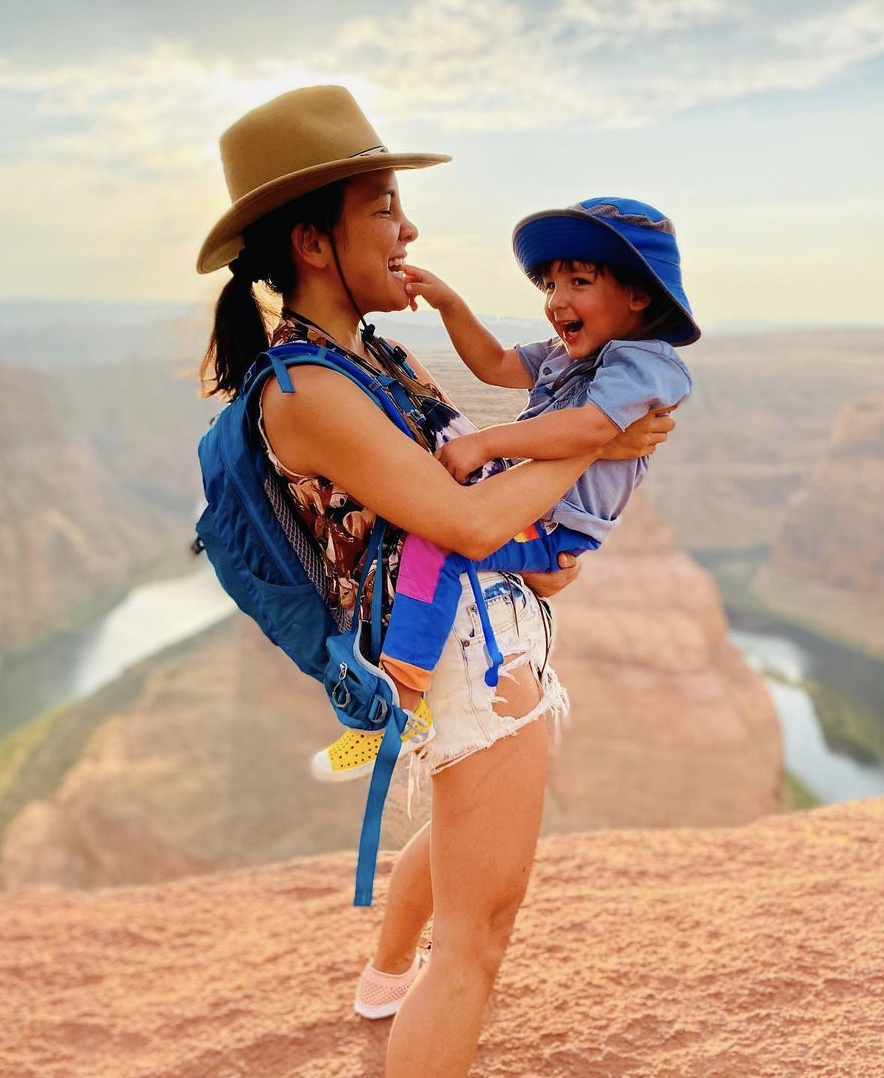 Take two lol – I did not even realize that Hiro’s little male part was in the last photo, it blended right in to the mountains! Yes I agree there are gross people on the internet who would take advantage of that. AND I also just wish that we live in a world where all body parts were treated equally as just another limb, not oversexualized and seen as a “taboo” and “bad phallic” thing by society #oldtiredconditioning . Also it’s so funny to me that a few loud people just want to jump on their soap boxes SO QUICKLY and attempt to make themselves “look good” (aka virtue signal) by making someone wrong. Maybe try private messaging? Well that would not get them the props by any other trolls would it? (This is the definition of trolling btw – people looking on the internet and waiting to pounce on others publicly). Again, try private messaging next time. When people say “did he consent to you posting that photo?” it makes me laugh because these same people post tons of photos of their young children without asking for consent. Just because in this society with tired old conditioning that certain body parts like arms and legs are ok to show but not the rest of our bodies which should be seen as equal, all of a sudden a few loud people give themselves the right to judge and shame others or make the other feel bad publicly. ANYWAY, HERE are some of my fave moments of Hiro in 2020 minus the beautiful naked body positive one of me and Hiro at the Wave in Zion National Park. What a year what a time to be alive. #thankgoodnessforHiroHappy